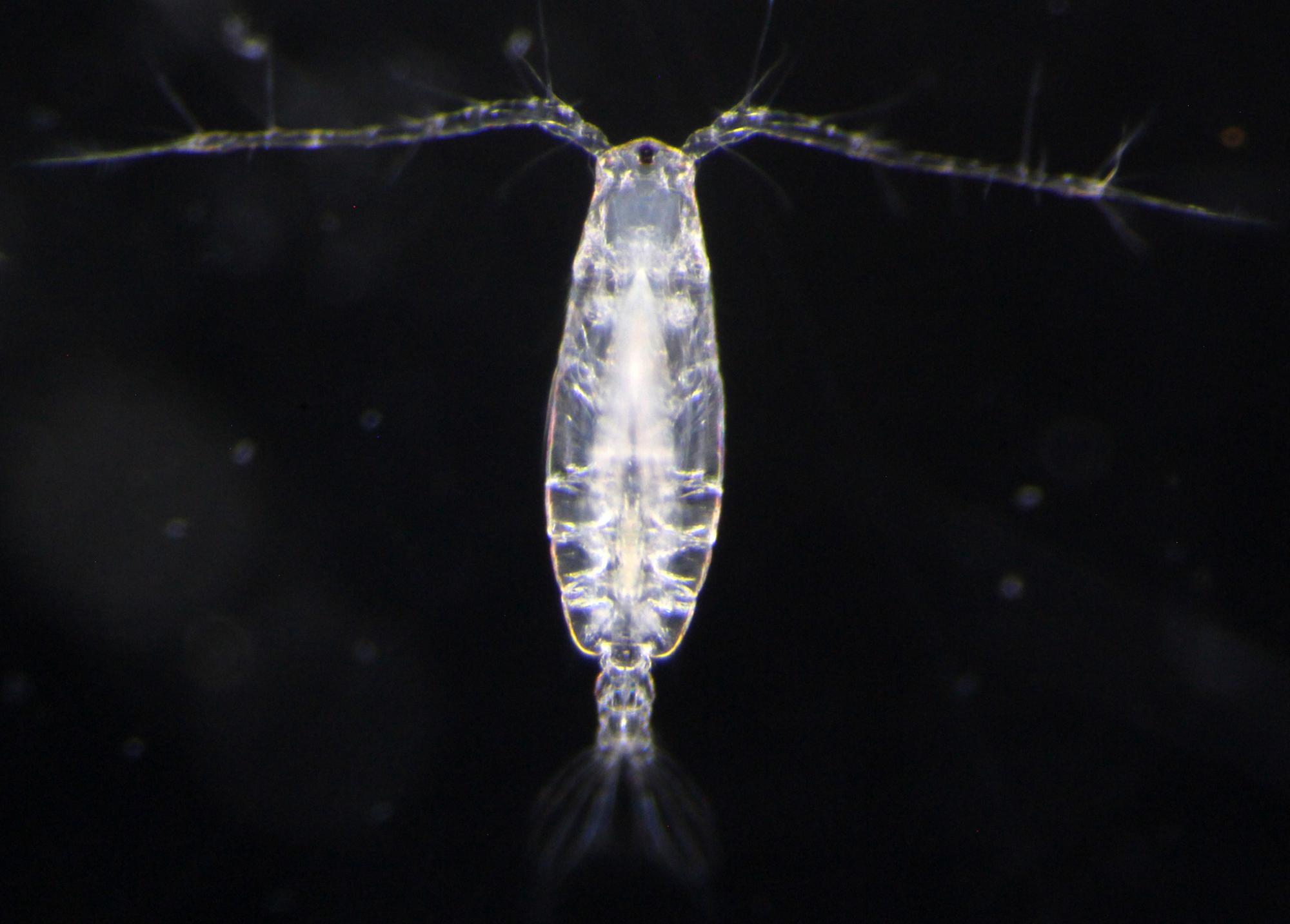 FOOD OF SEA PLANTS AND ANIMALS

The first business of all living things is to get food. The great Division between plants and animals is dependent on this food question. Plants are able to make use, as food, of very simple chemical substances. In theory, they are not dependent on animals for their existence. In what is named 'tank culture,'1 common food-plants are produced from seed put into wood dust (of no use to them as food) wetted with water having in it certain simple chemical salts. The plant has the power of building up the chemically complex substances out of which it is made from the element carbon (C) (a small amount of which is present in the air as carbon dioxide, C02), from ammonia (NH3) or other substances having nitrogen (N) in them, and from salts present in almost all water. For these chemical reactions the plant makes use of light; our chemical knowledge is; so far, quite unequal to producing them in this or any other way.

However, plants are in fact dependent for their existence on animals, because but for these, the carbon of the air would long have been used up. Plants have, from far back in the past been building up great stores of carbon, stores which now have the form of coal, and which, till we get the coal out of the earth for burning, are no longer of use for plants or animals. We get heat and power by burning this coal, and in the process the carbon gets back into the air as carbon dioxide. This same process goes on in the bodies of all animals, but what is 'burned' by them is not coal but the substance of plants taken by them as food, or that of the bodies of other animals, themselves living on plant food. 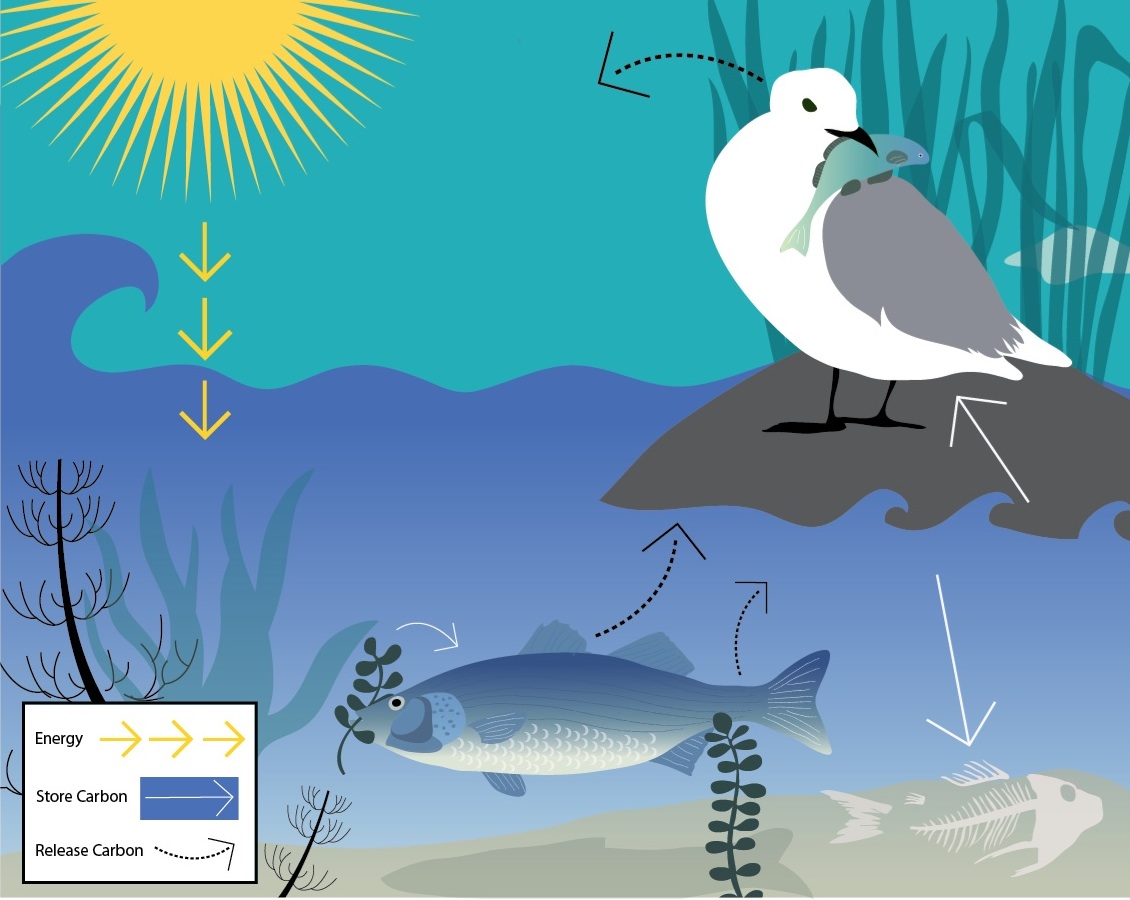 In making use of these substances, animals give off carbon dioxide into the air, as we ourselves do in breathing. This same exchange of materials between plants and animals takes place in the sea and in fresh water. If fish kept in an aquarium' (a glass vessel in which observation of them is possible) are to be healthy, it is necessary to have in the water enough plants of the right sort, and to put the aquarium where it will get enough light. The plants then take in carbon dioxide and give off oxygen; the animals make use of the oxygen for breathing, and give off carbon dioxide. If this exchange between plants and animals is not possible, it is necessary to have a current of air going through the water all the time.

On land we have a great number of all sorts of plants, forming the food of some animals which themselves are food for others. Very important is the fact that the waste material from the bodies of animals, and these bodies themselves after death, give back to the earth a number of chemical substances necessary to plants, such as sulphur (S), phosphorus (P), and nitrogen, these substances, naturally, being equally necessary to animals. Animals get them as part of the complex food material of plants, the plants themselves get them from the substances fanning the earth, or from the air, in addition to what they get from animal waste. In the sea, we have in some places a strong growth of plants used as food by animals, but it is clear that this is far from equal to supporting the very great number of animals present in the sea, most of them a long way from the shores where these sea plants, or 'seaweeds,'2 are. The fact is that the plants of the sea on which much the greater part of its animals are dependent are very small. The only sign of their existence is the fact that the water is not quite clear. In some places, specially in the warmer seas, sea-water is very dear; we are able to see to a depth of ten or even more meters. In others, it is not so; the water seems dirty yellow or green, not a clear blue. It is in such water that fish are present in great numbers, the reason being that in it there is a very great number of these small plants, and of small animals living on them as food. This mass of living things is the necessary base for the existence of all greater sea animals, in the same way as, on land, the grass and other plants with the insects living on them, and other small and simple living things, are the necessary food for the greater and higher animals. This mass of small food is named the 'plankton,' and it is generally made up of a great number of different sorts and sizes of plants and animals By using a net of silk, such as a stocking, anyone may get enough of these little things in a minute or two 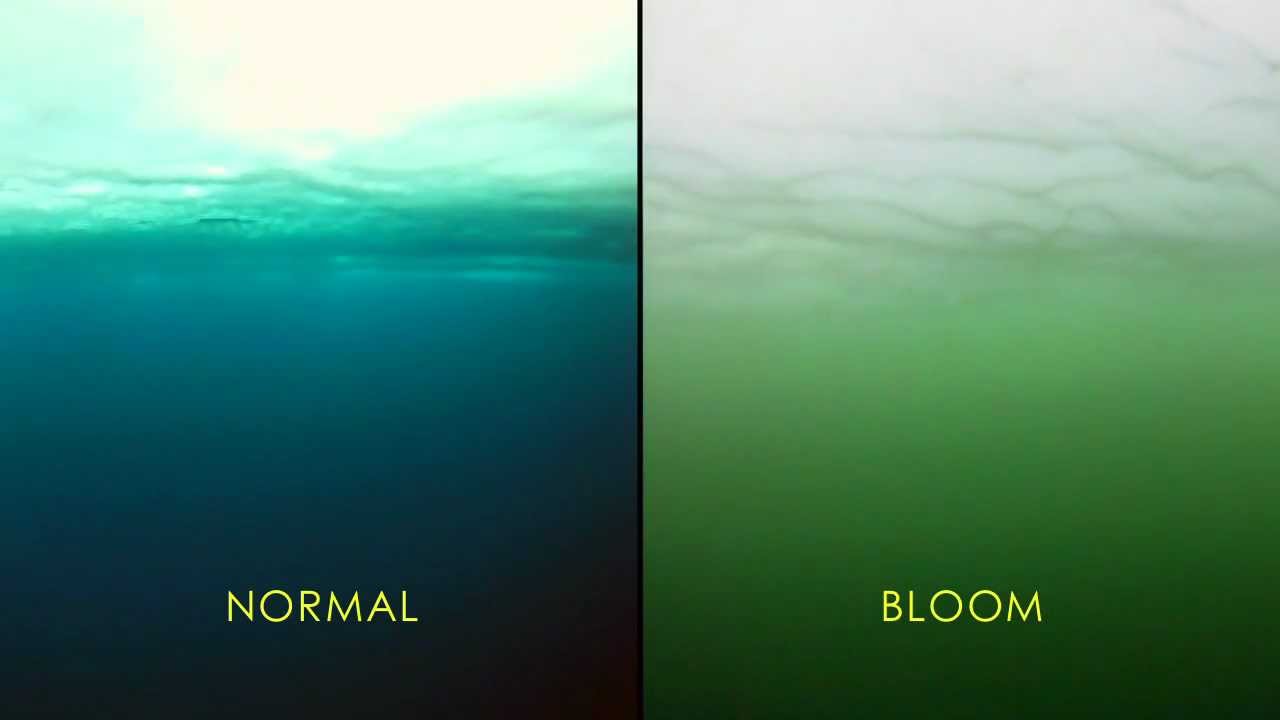 to keep him at work for a long time with a strong glass, or better, a microscope,4 making out their strange and interesting forms. Chief of the planktons are the diatoms,5 very small glass-like boxes, having all sorts of beautiful forms, and full of green plant substance. The green coloring of plants is responsible for their power of using light for their chemical work. There are thousands of sorts of diatoms, and we commonly come across a great number together in any one place. The little shells, falling to the bed of the sea on their death, make a thick cover of soft mud over great stretches of its deepest parts.

Again, there are certain 'periclinians' (Peridiniales) which have the power of motion, having two whip-like tails. These take in solid food, and so may possibly be looked on as animals, but some have green coloring, and the power of living as plants do. These and other very small plants are the food of a great number of plankton animals of different sizes -- a plankton animal being one which, though it may have the power of motion, is so small and slow that it is transported from place to place by the water currents, and not by the operation of swimming or walking, as other animals are. Among the most important animals are the 'copepods,' (img2.0)ca division of the greater division of land and sea animals named Crustacea. Some sorts of copepods are as much as a centimeter or more long, but most of them are very much smaller. The commonest copepod in the colder waters of the north is Calcznus finrnarchicus, which, though only about a millimeter long, is one of the most important animals in the sea, being the chief food of the herring,6 the commonest and cheapest of all food fish, and of a number of other important food fish. The copepods are quite complex animals, with heads and legs and eyes, but other much simpler animals, the 'radiolarians' (Radiolaria) and 'globigerinas' (Globigerinidae) are very important as food for greater animals. The greater 'crustaceans,' such as shrimps,7 prawns,8 lobsters,9 and crabs,10 are used as food by man. 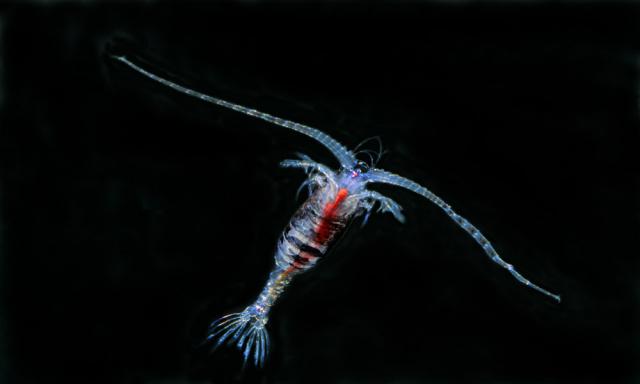 The animals of which we have been talking are the most important of those living from birth to death in the plankton. But a great number of other water animals, even of the fishes, go through an early stage of living in the plankton. When they come out of the egg they are very small, and quite unable to make any headway against tides and currents. They come up near the surface and are there transported by the motion of the water, possibly to places where there is more room and food for them. While undergoing growth, they have food enough in the plankton, though, naturally, they themselves may come to an early end as food for others. A great number of sea animals, such as shell-fish (a 'shell' is a hard outer cover), are fixed to the sea-bed when their growth is complete, and others get about only very slowly. The young animals in the plankton are quite different in structure, as a rule, from their fathers and mothers; in fact, such young animals have not infrequently at first been taken for separate sorts of animals, their relation to the older animal being a later discovery. The common crab (Cancer pagurus), for example, goes through two separate stages, in which it has quite a different structure, before it is ready for our tables. Though men make use of animals for food, the land animals in question are, almost all, those themselves living on plants. Their meat has a better taste; and anyhow, such animals are common everywhere, even in natural conditions unchanged by man. On the other hand, almost all the fish used for food are those living on other smaller fish; only one or two, such as the lobster, take anything they are able to get, like rats on land. Some good-sized fish get their food from seaweeds, but these in turn have masses of small animals living on them, which are more important to the fish than the weed itself; they are the butter on its bread.